Markus Zeitler enters the company after completing his education and apprenticeship 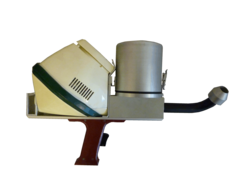 During the construction of their new home, Markus Zeitler gets THE IDEA for a new product. Origin of this idea was a buckled conduit, which made it impossible to pass the wire. With his mother's vacuum cleaner a pull line was blown through a conduit for the first time. Markus Zeitler kept the idea in his mind 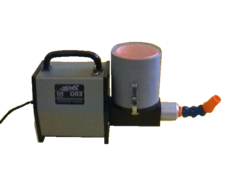 Emil Zeitler dies of his desease on December 25th.
Markus Zeitler, at the age of only 24, takes over the daily business and management of the company. The marketing and distribution of the EBG 50 has to be put aside 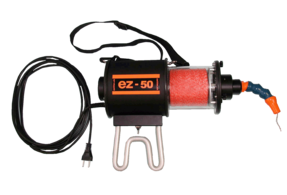 The Pull Line Blower EBG50 finds great interest, is optimized and renamed to EZ50. The name “EZ” is given in honour of the founder of the company: Emil Zeitler.
2002

The EZ50 gets a new, even more robust outfit and the airflow is optimised. In the meantime,  the blowing system has been registered for patent.  It's impossible to imagine the market without this smart Pull Line Blower, which is now also making a splash internationally. 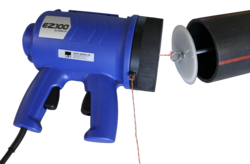 After successfully launching the „EZ50“, the market started to ask for „larger“ equipment, giving birth to the “EZ.100”.

The range of accessories is adapted constantly according to the development of the Pull Line Blowers and customer requirements.

In a team with tubes and ducts manufacturers, we are studying the possibility of feeding the pull line directly into the conduits during the production process. 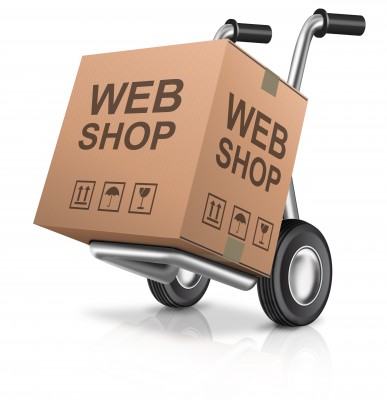 In honour to the 80th birthday of the company founder Emil Zeitler, we open our web shop on November 30th 2012. In the clear and very detailed shop you will find all our products an accessories. 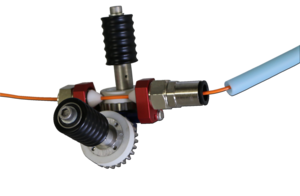 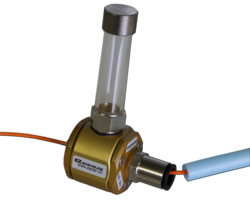 Turning the cable sparingly and efficiently with lubricant? Quite simply with the EZ.EASYGLIDE. Single or as an optimal addition to EZ.SPEEDY and EZ.BOOSTER.
2016 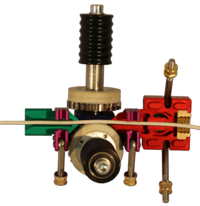 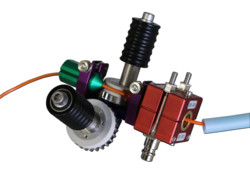 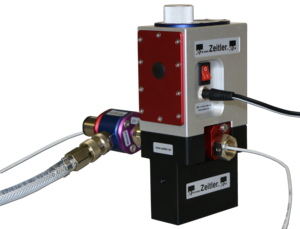 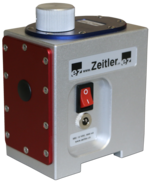 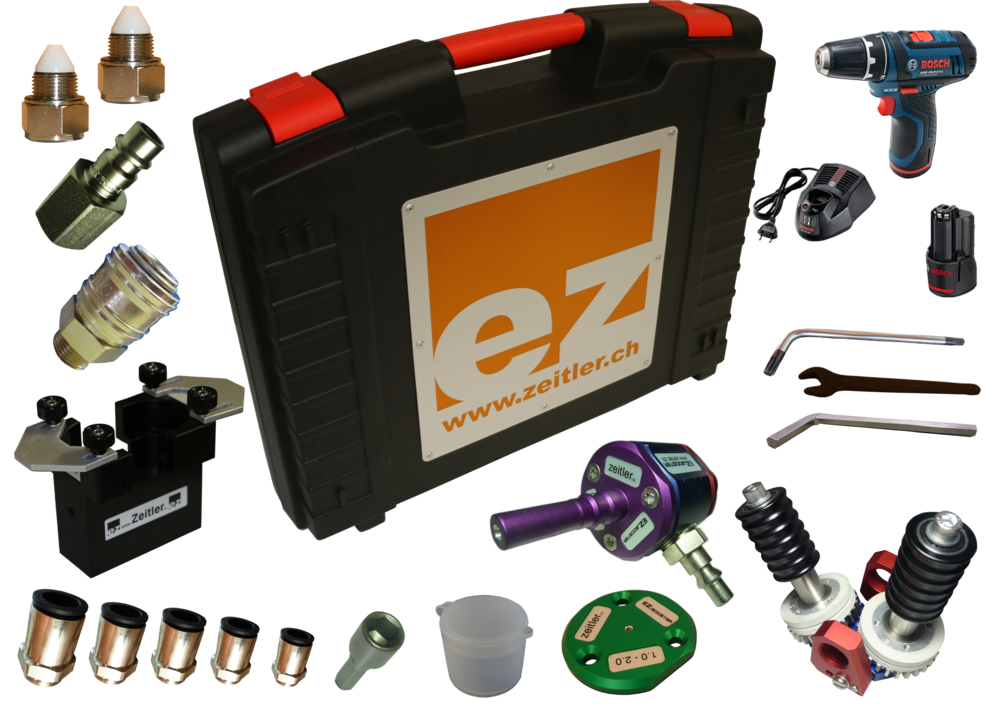 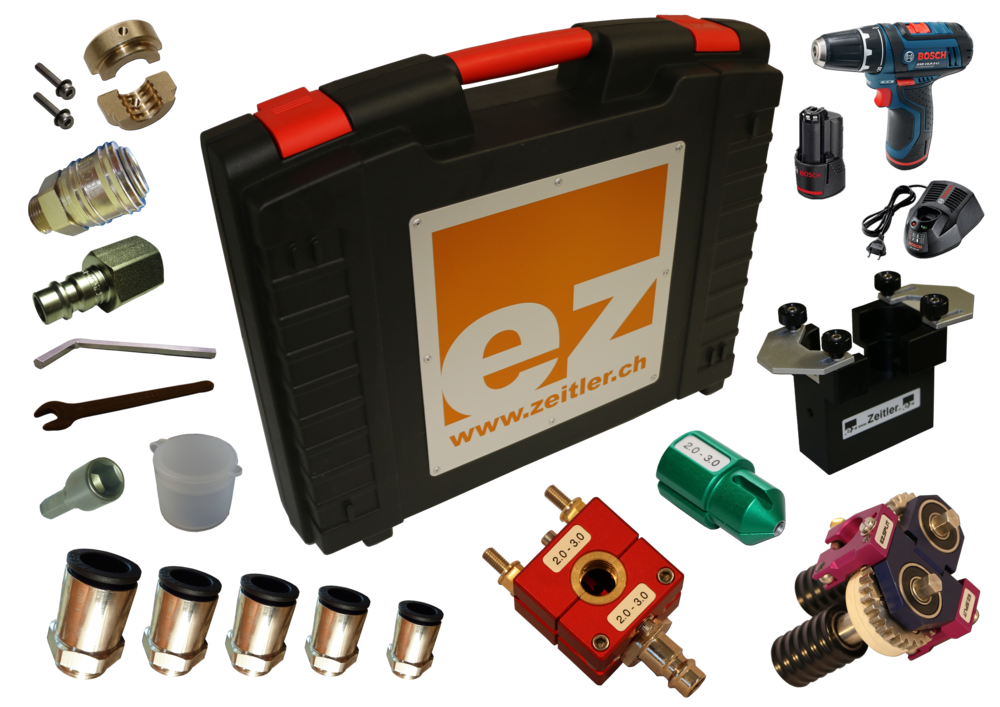 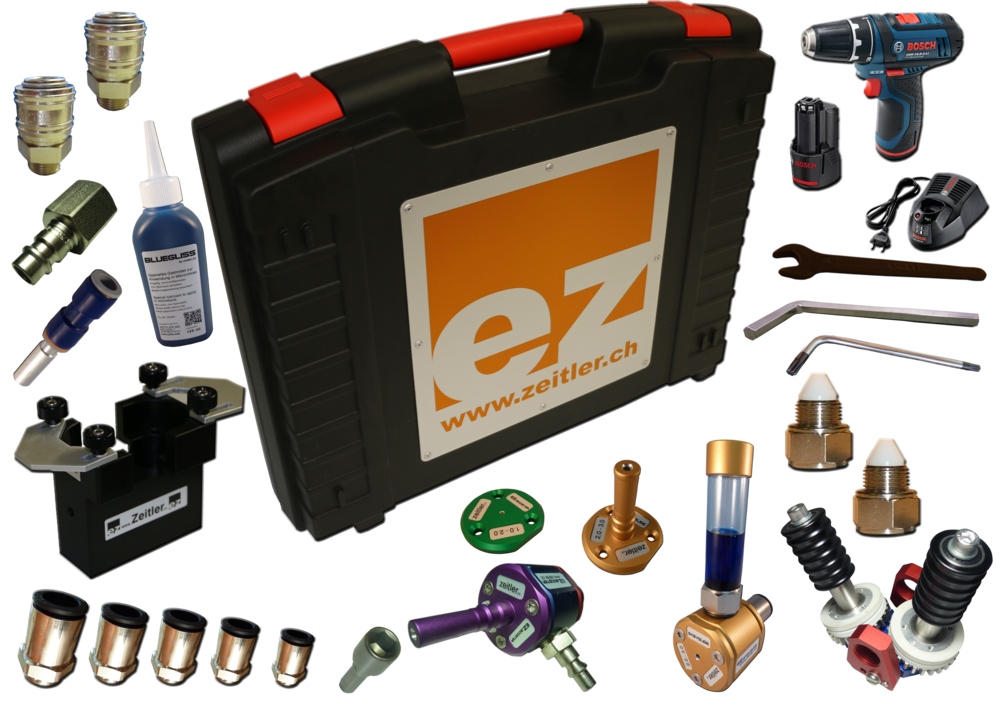 The proven cable feeding tools are now also available in a practical FTTx kit.
The robust case contains everything you need to blow (and lubricate) cables gently and evenly into microtubes: the EZ.SPEEDY pusher unit, the  blowing units EZ.BOOSTER or EZ.SPLIT (divisible), the lubricator EZ.EASYGLIDE , the practical EZ.SPEEDY mounting block and a BOSCH cordless drill/driver with charger.
Your upgrade-sets can also be safely stored in the case.